Vitsœ opens new HQ and production building, designed as an extension of its system-thinking

British furniture manufacturer, Vitsœ, has led both the design and construction of its new home in Royal Leamington Spa, bringing together a rigorous and diverse group of over 30 specialists in their fields. The new building opens officially this October. Spanning 135 metres in length, 25 metres in width and 6 metres in height, the new HQ and production building will allow for the continued worldwide sales growth of Vitsœ’s Dieter Rams-designed furniture. Vitsœ exports to over 60 countries with shops in London, New York, Los Angeles and Munich.

Like the company’s definitive 606 Universal Shelving System, the new building is an extension of Vitsœ’s long-term system-thinking. Built as a kit of parts, it can be refined and adapted in response to the changing needs of all it serves – company, people and environment – for many decades to come. The new HQ has been realised by an in-house Vitsœ team working together with an eminent yacht designer, adept environment and services engineers, sought-after structural engineers, delivery architects leading in engineered timber, acclaimed landscape architects, specialist timber fabricators as well as top industrial-sustainability academics.

Managing director of Vitsœ, Mark Adams, said: “At the outset we sought a new building for Vitsœ driven by honesty and common sense. Accordingly, we have led the design process while challenging the norms of the building industry. Natural materials, natural lighting and natural ventilation were critical to restore a connection between a  building’s users and the world around them. Above all else, the building was to be alive and learning as it responds to an ever-changing world.” Yacht designer, Martin Francis, who has worked closely with Vitsœ on the building concept and design said, “It is a joy to share all the same points of reference, be it Joseph Paxton or racing yachts. Inspired by industrial buildings of the past – and the production methods of the future – this is a builder’s building, a system building with a system approach, where form follows function.” The company has settled in Royal Leamington Spa due to its central location amidst Vitsœ’s supply chain; its excellent transport connections; the community’s rich industrial heritage; the close proximity to the universities of Warwick and Coventry; and the town’s distinguished architecture.

Vitsœ has always valued the close and long-term relationship with its customers. At any one time more than half of Vitsœ’s sales are to existing customers. The success of a bond issue only to customers and suppliers in 2014 allowed Vitsœ to buy its site in Royal Leamington Spa and to construct the building. Additional funding came via a grant from the Coventry and Warwickshire Local Enterprise Partnership. 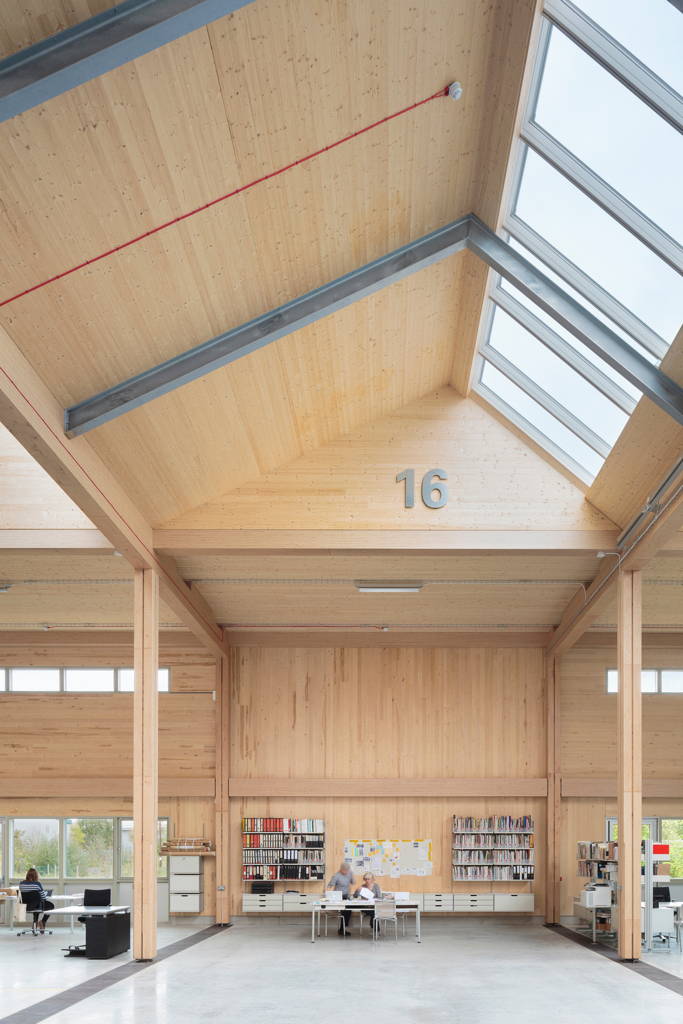