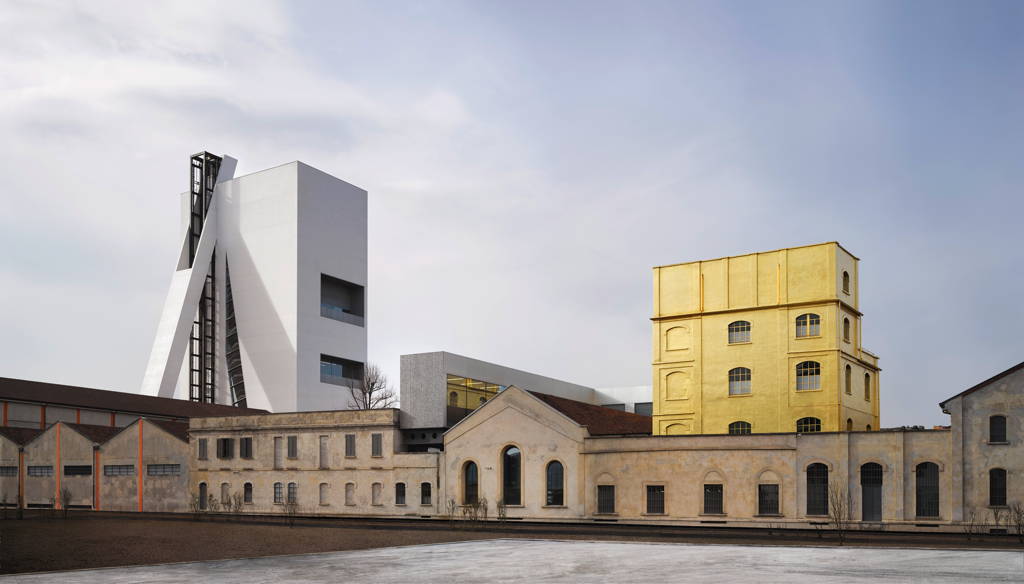 From 20 April 2018 Torre, the building marking the completion of Fondazione Prada’s Milan venue – first unveiled in May 2015 and designed by Rem Koolhaas with Chris van Duijn and Federico Pompignoli from architecure firm OMA – will be open to the public.

The 60-meters high Torre is realized in exposed white concrete. The new building further develops the repertoire of different exhibition conditions that together define the architectural vision of the foundation, characterized by a variety of oppositions and fragments. Each of the nine floors of Torre offers an original perception of the internal enviroments thanks to a specific combination of three spatial parameters: plan dimension, clear height and orientation.  Half of the levels is in fact developed on a rectangular floor plan, while the other half displays a trapezoid one. The clear height of the ceilings increases from bottom to top, varying from 2,7 meters on the first floor to 8 metres on the top level. The external façades are characterized by an alternation of concrete and glass surfaces, which allows exposure from a northern, eastern or western side on the different floors, whereas the top gallery space is exposed to zenithal light. The southern side of Torre presents a diagonal structure connectiong it to the Deposito, and inside which a panoramic elevator is integrated.  As stated by Rem Koolhaas, “Together these variations produce a radical diversity within a simple volume – so that the interaction between the spaces and specific events or works of art offers an endless variety of conditions”.

Inside the six exhibition levels of Torre, project “Atlas”, emerged from a dialogue between Miuccia Prada and Germano Celant, is unveiled. It hosts works from the Prada Collection displayed in a sequence of environments incorporating solos and confrontations, created through assonances or contrasts, between artists such as Carla Accardi and Jeff Koons, Walter De Maria, Mona Hatoum and Edward Kienholz and Nancy Reddin Kienholz, Michael Heizer and Pino Pascali, William N. Copley and Damien Hirst, John Baldessari and Carsten Höller. 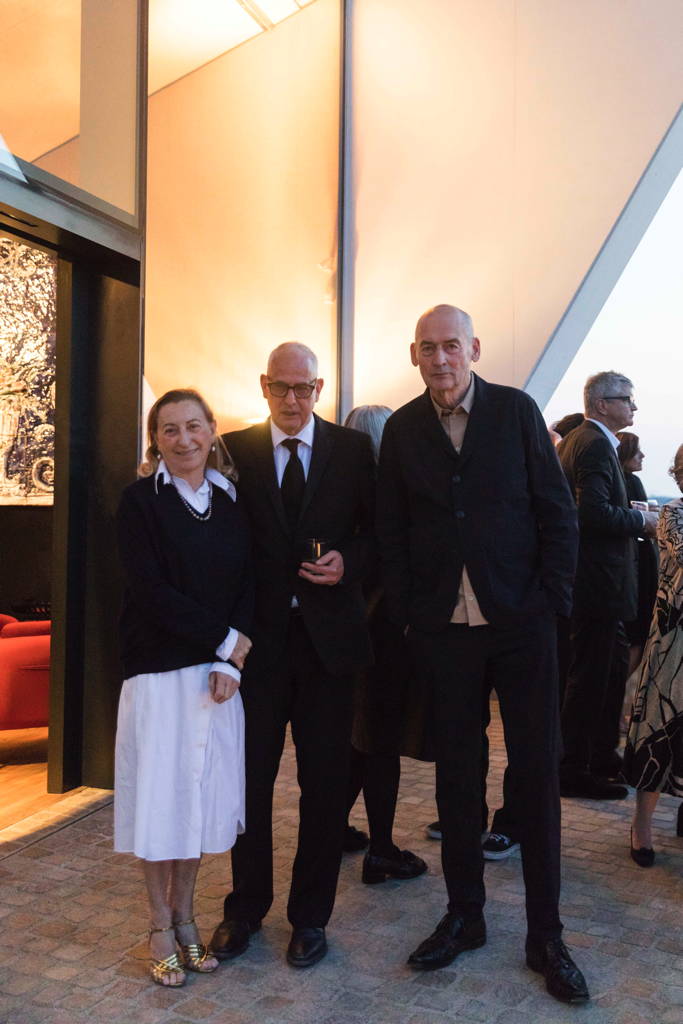 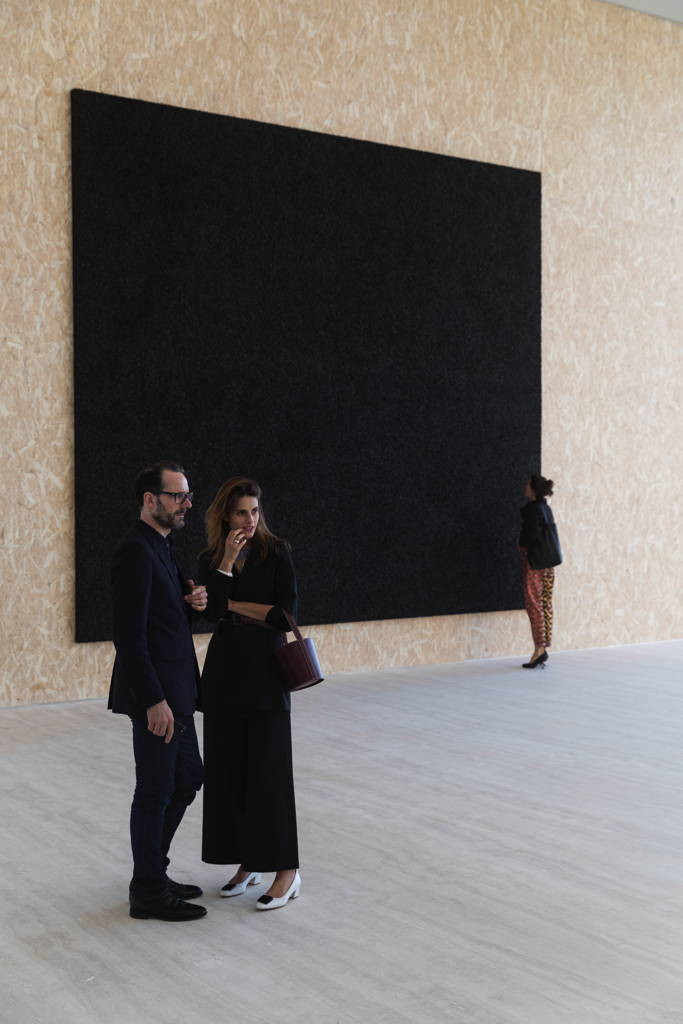 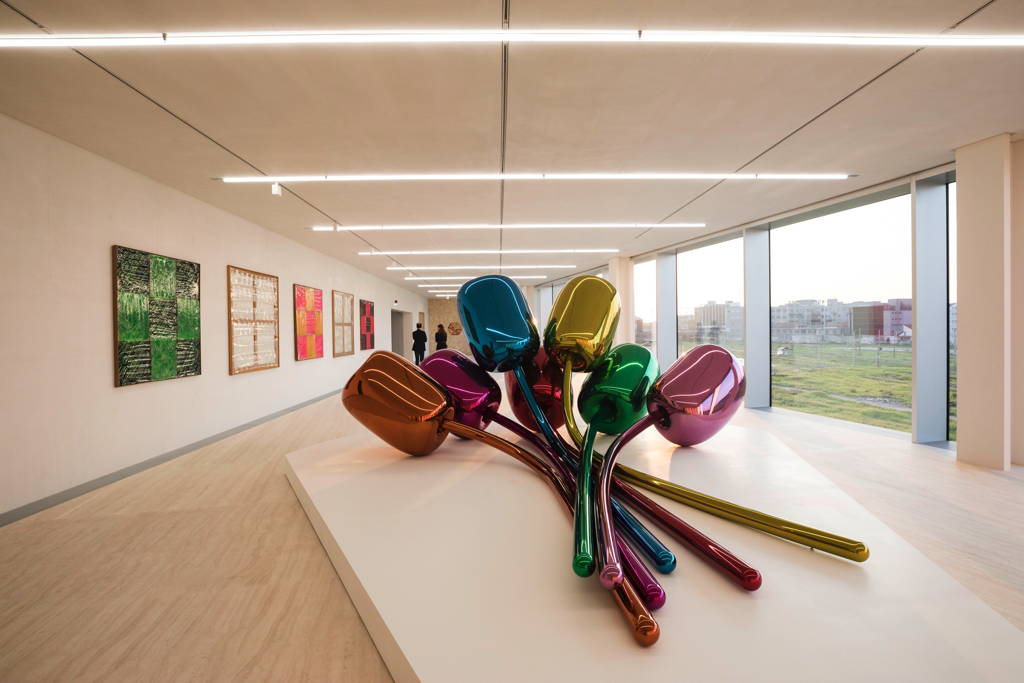 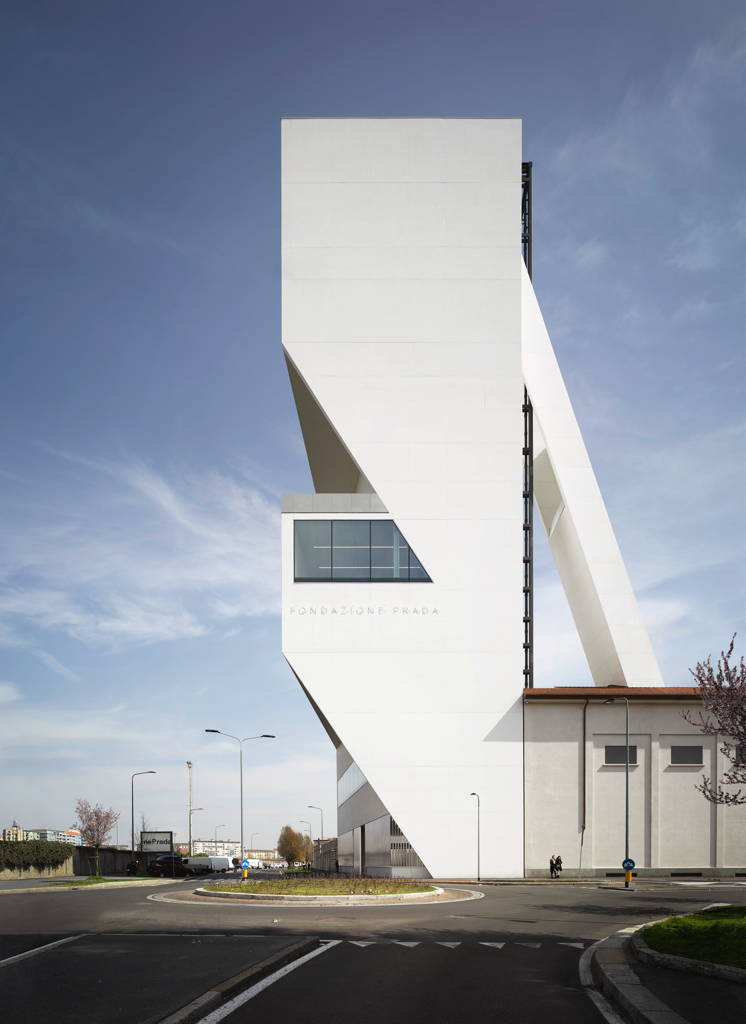 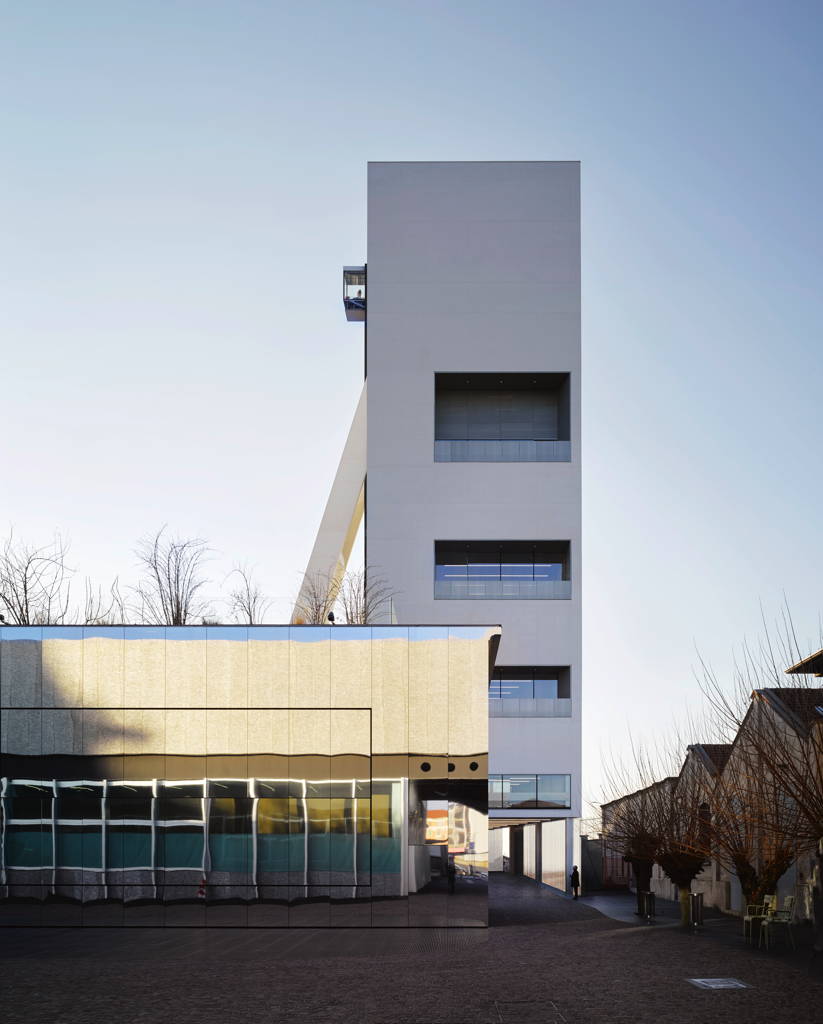 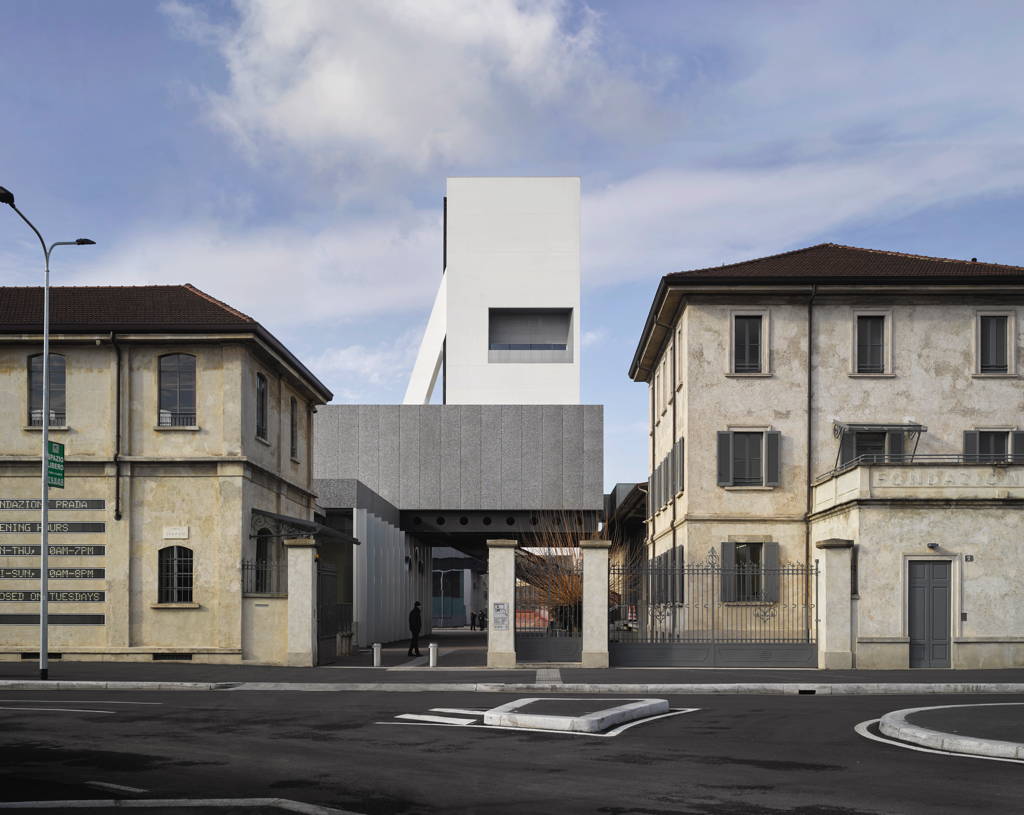 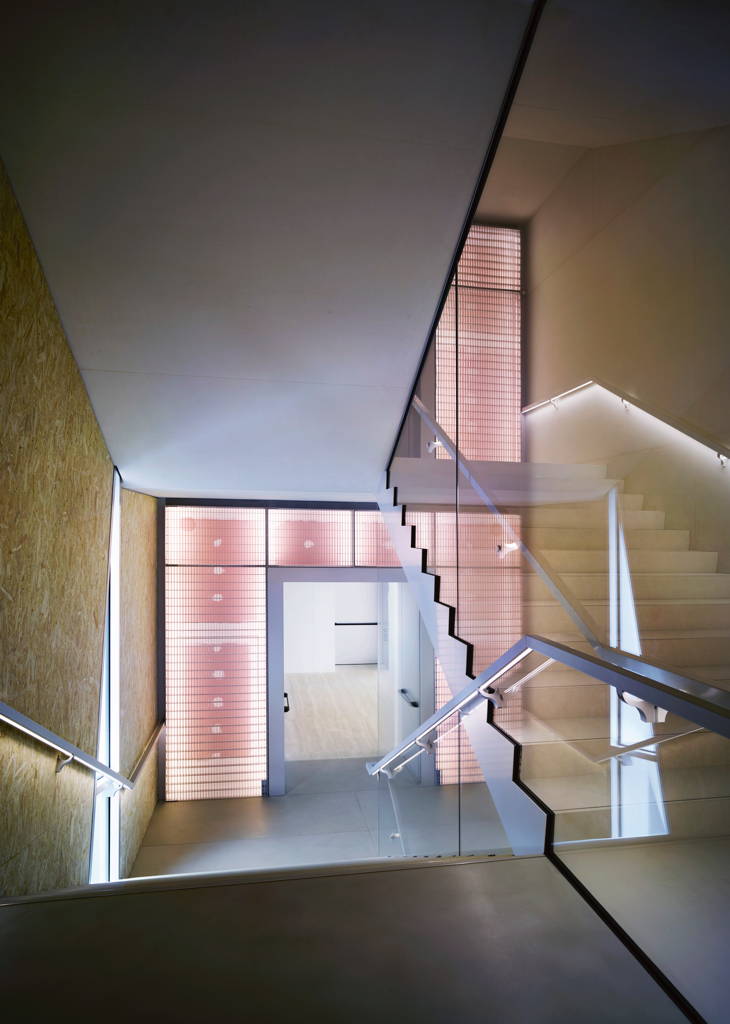 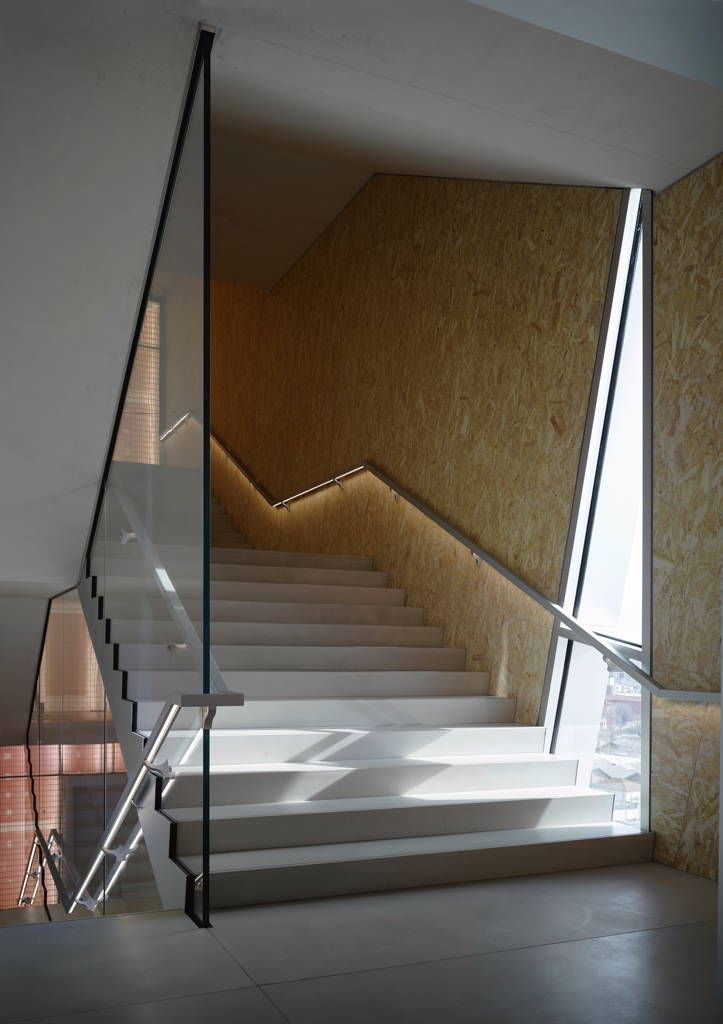 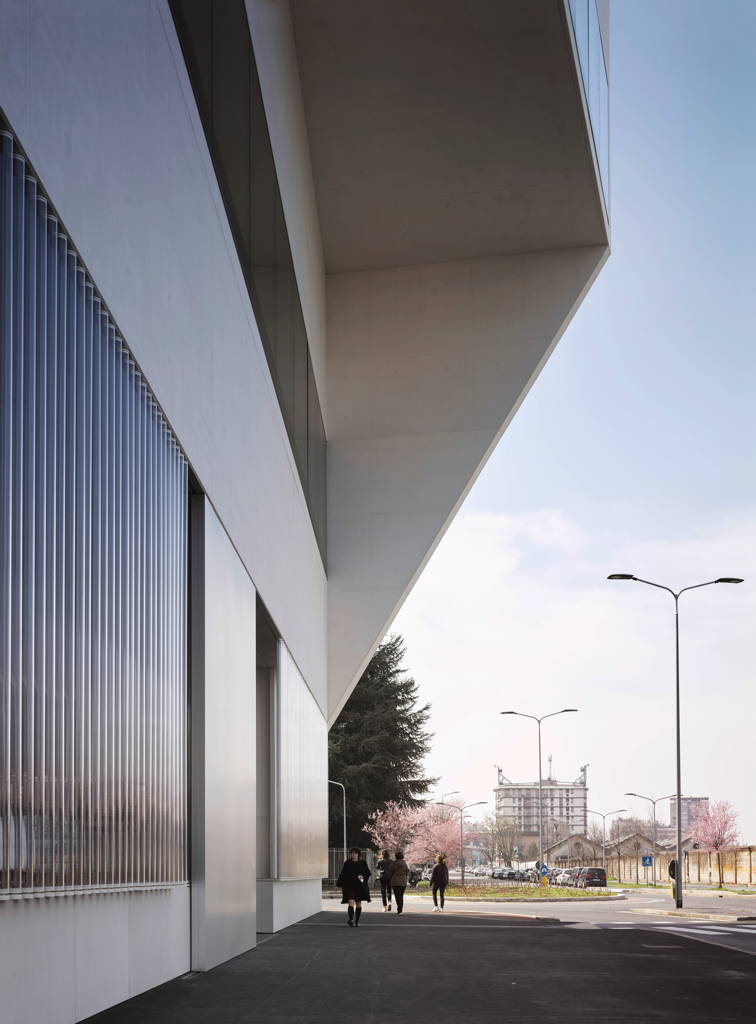 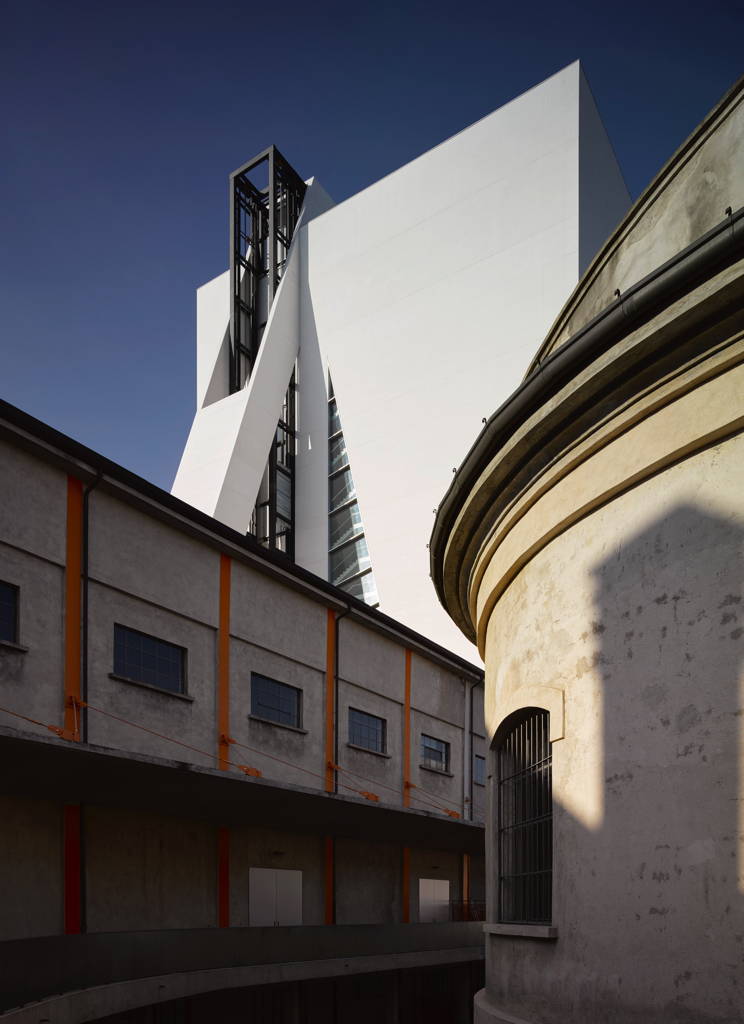 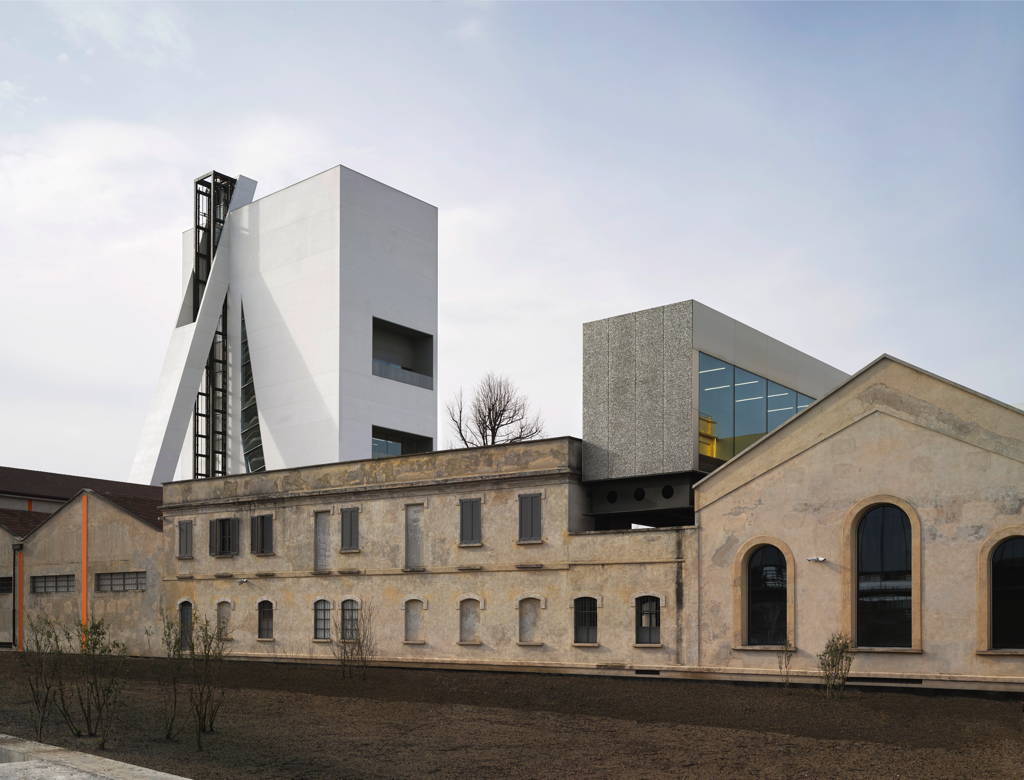 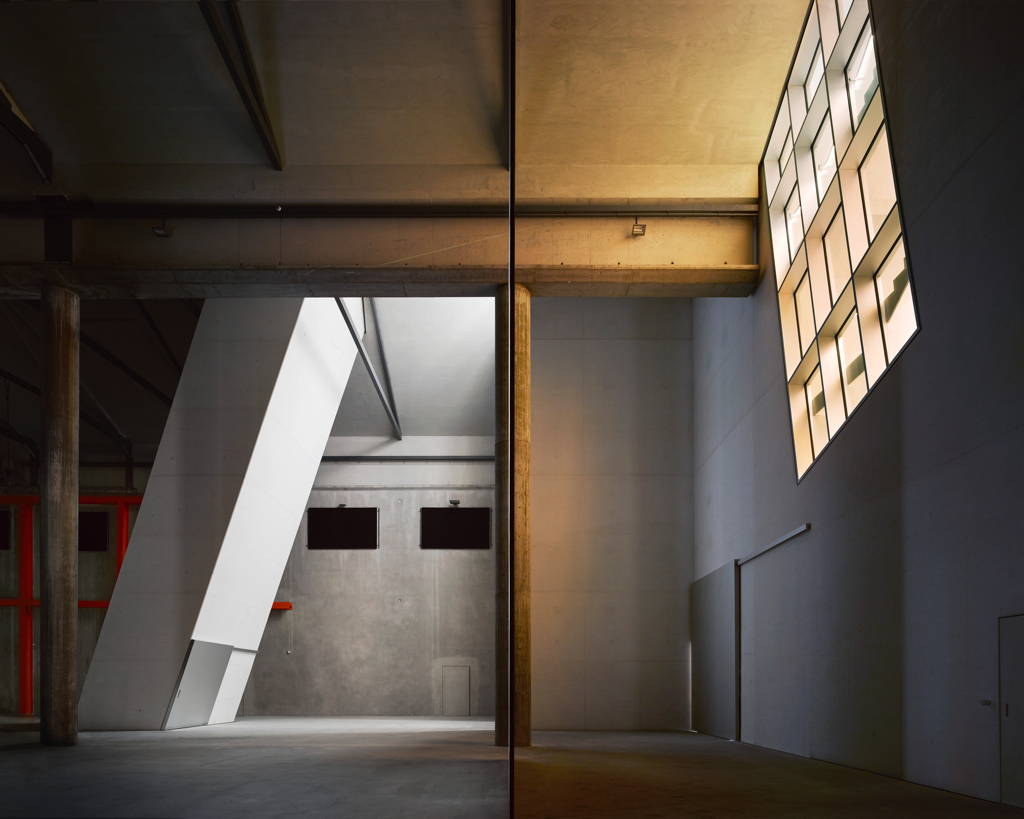 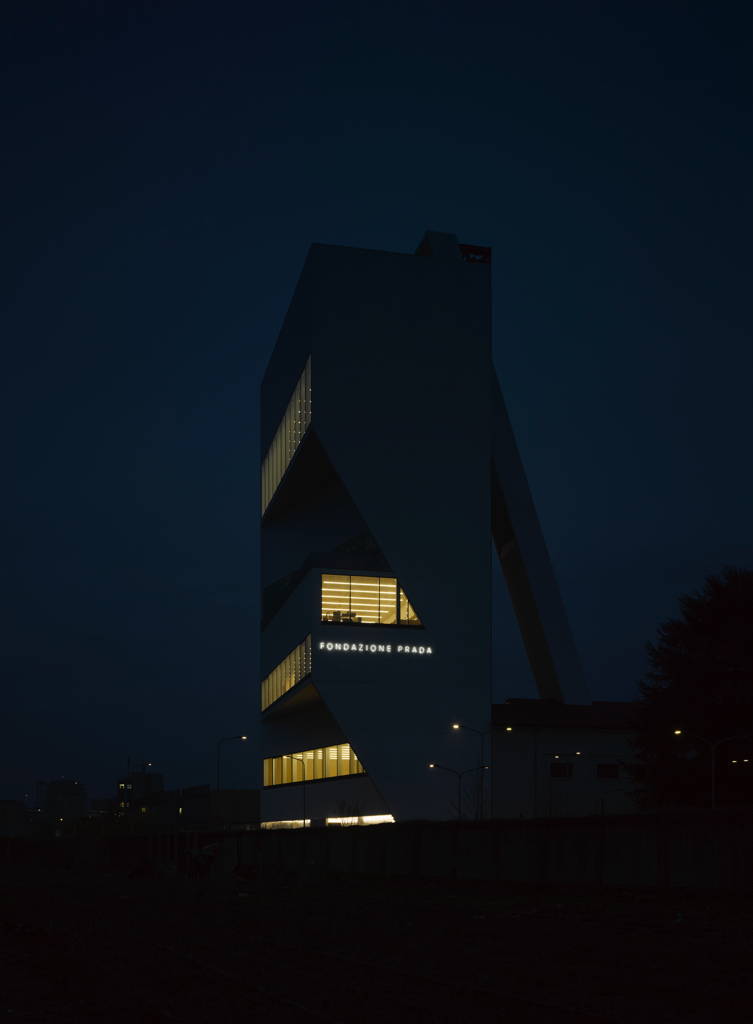 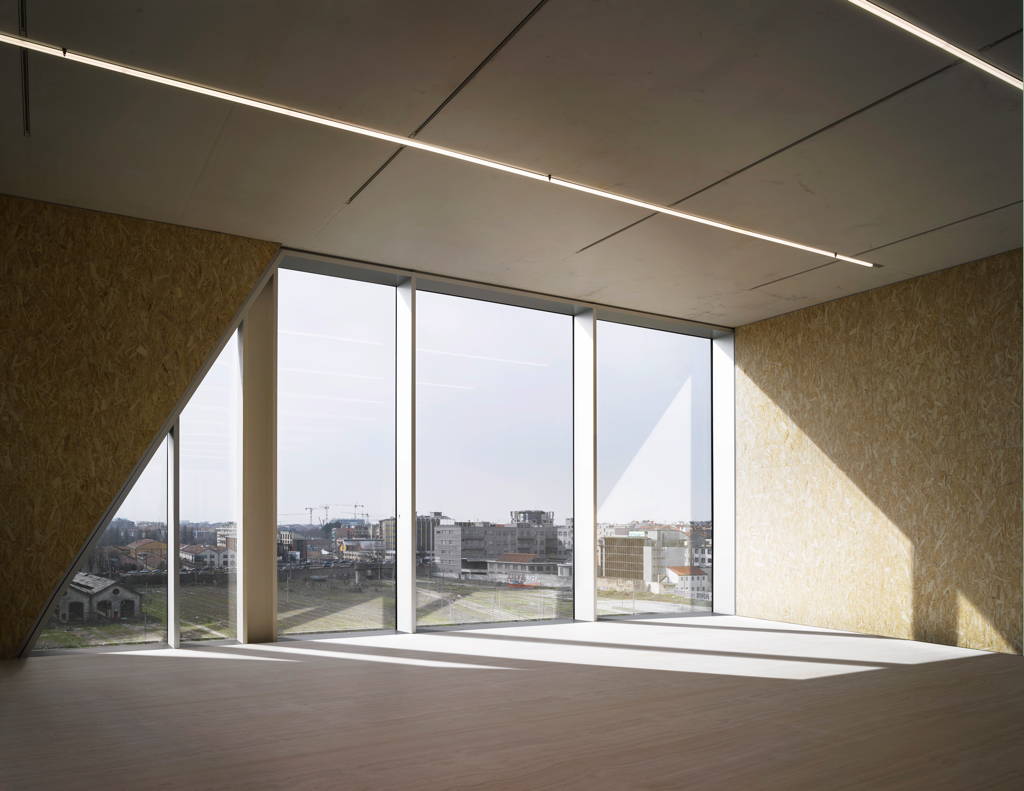 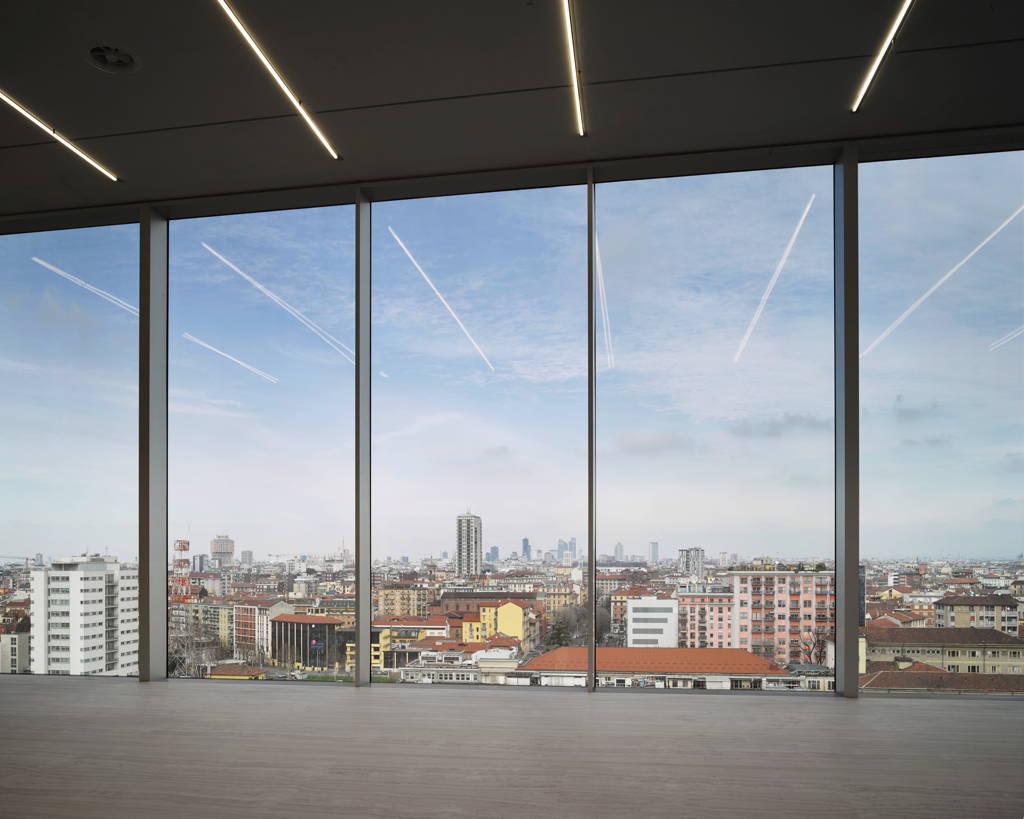 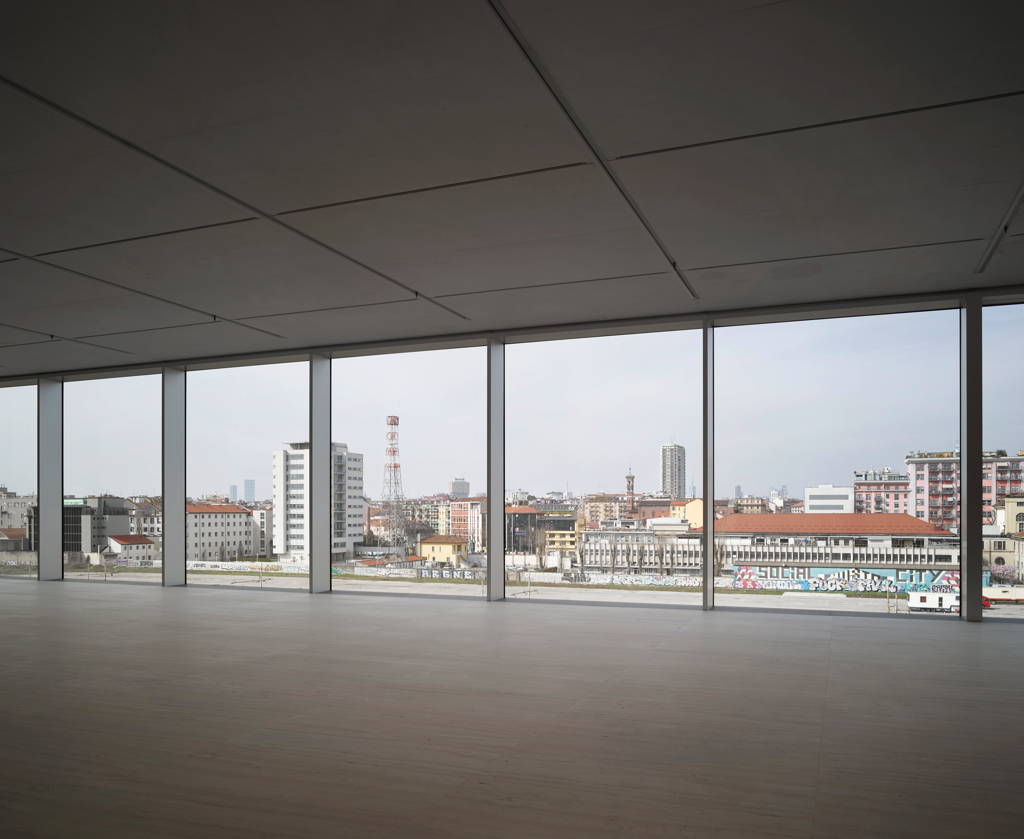