Utrecht Central Station: the largest train station in the Netherlands under one undulating roof.

The largest and busiest train station in the Netherlands is officially open. Utrecht Central Station was once built for approximately 35 million passengers per year. Currently 88 million people use the station annually. This number is constantly increasing and is expected to reach one hundred million passengers in 2030. Benthem Crouwel Architects has been involved in the development of the train station since 2003. Thirteen years later, the new public transport terminal that will house train, bus and tram platforms under one undulating roof, has opened.

One integral station complex
Over the next two decades, the number of travellers to Utrecht Central Station year will grow to about a hundred million per year. Since the previous building could not handle the increasing amounts of passengers, Utrecht Central Station has been rebuilt – three times its original size – to one new integrated station complex, which regulates the transport of train, tram and bus. The station has become an autonomous building with two new city squares on both entrances, the side of the Jaarbeurs (convention center) and the city side. Next year, under the square on the city side, the largest bicycle parking facility in the world will be finished, accommodating 12,500 bicycles.

Undulations
During the design phase Jan Benthem and Mels Crouwel had the idea to design the original flat roof of Utrecht Central Station as a wave that radiates a dynamic movement and also functions as a natural way finder. Transverse to the tracks, in the longitudinal direction of the hall, the wave refers to the entrances and exits. The wave has three ‘undulations’: the highest above the train station, the lower ones on each side contain the tram and bus stations. The waves also represent the logical distribution of functions in the station. To receive more natural daylight in the terminal, glass skylights were designed, which also function as smoke hatches. The undulating movement is emphasized by the continuous LED lights on the ceiling. Thanks to the significant wavy shape of the steel roof – and a relative low-rise building (18 meters high) – the station is clearly recognizable among the neighbouring buildings and offices.

Lively station
Located on one side of the station, there is a station promenade, a public street, which crosses the railroad tracks. Now a passer-by is able to move from west to east without having to use a ‘chip card’. Restaurants, shops, and a possible market gives this promenade the atmosphere of a real city street. Through large glass walls, serving as curtains hanging from the roof of 235 by 85 meters, the stations offers all kinds of stunning lookouts, to trains, tracks and expansive views of the city. The interior has a reserved allure and modest charm: it is the people, signage, vehicles and other typical additions that make the station alive and vibrant, and give colour and ambiance.

Cathedrals of a new era
In a very short time, Dutch rail travel and train station surroundings have had an intensive makeover. Six central stations – Utrecht, The Hague, Rotterdam, Arnhem, Breda and Amsterdam South – are called the New Key Projects since 1997: projects where not only the train station is transformed (for the arrival of the high speed line, amongst others), but also the connecting surroundings around the station. This integrated approach to station and station environment reinforces the identity and vitality of the city. These new train stations are also referred to as ‘cathedrals of a new era’: public transport terminals that provide travellers and city dwellers with various comforts and functionalities in the area. The past few years, one after the other station has opened, manifesting themselves as ‘city buildings’ in five major city centers. The station is part of the urban fabric, with logical walkways and a better connection between different city districts. Utrecht Central Station is the penultimate station that is completed of the New Key Projects; after this Amsterdam South remains. Benthem Crouwel Architects is the architect of three out of the six New Key Projects: Rotterdam Central Station, The Hague Central Station and now… Utrecht Central Station. 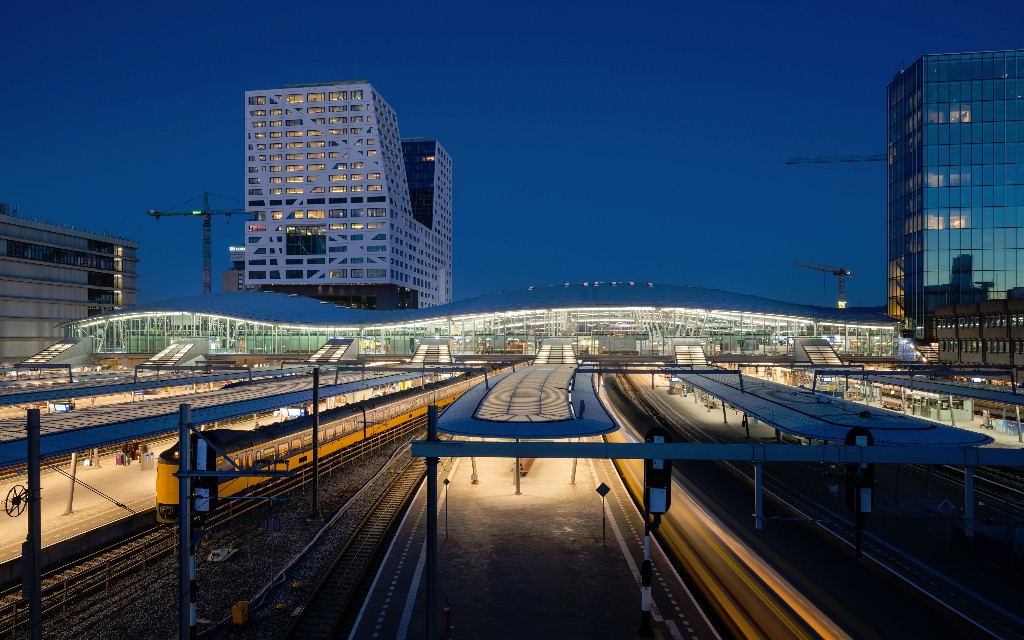 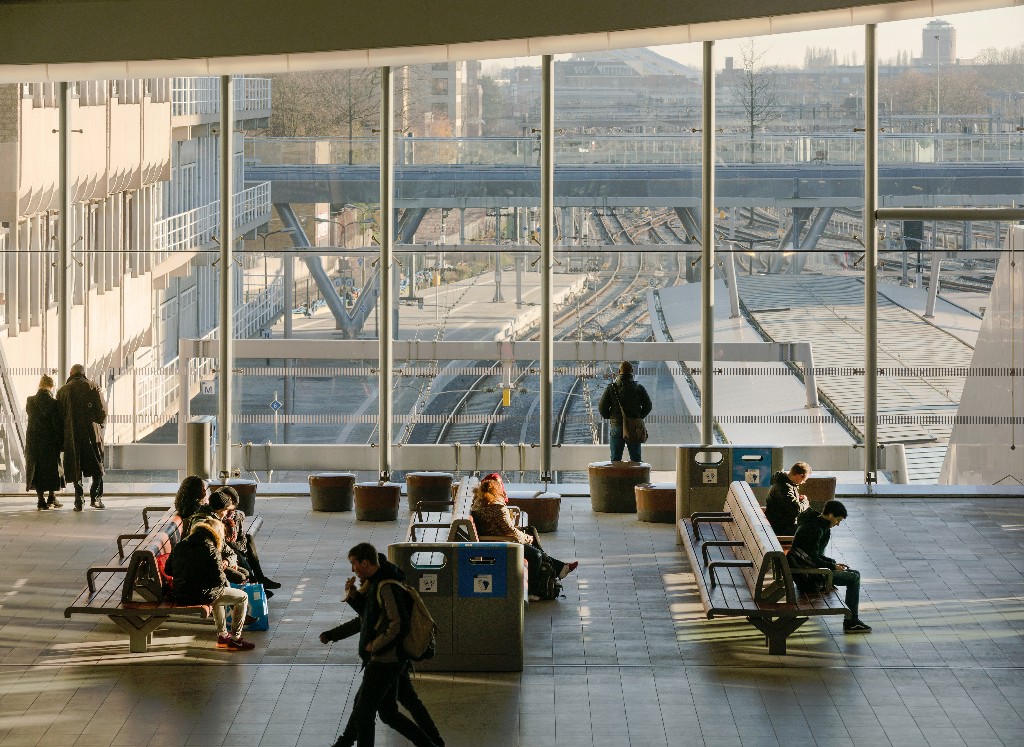 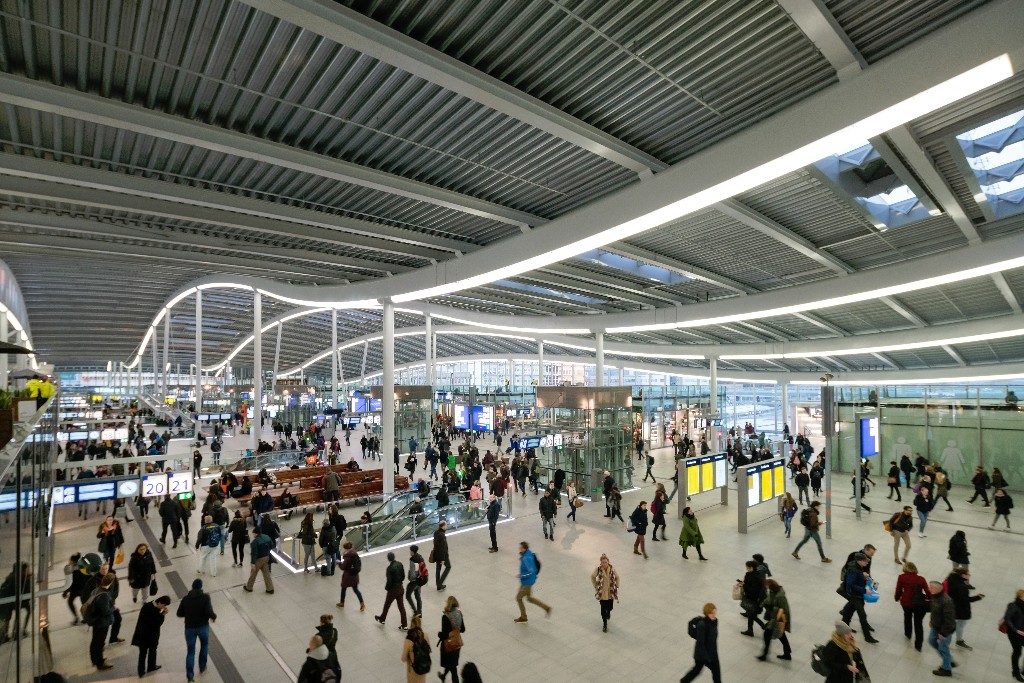 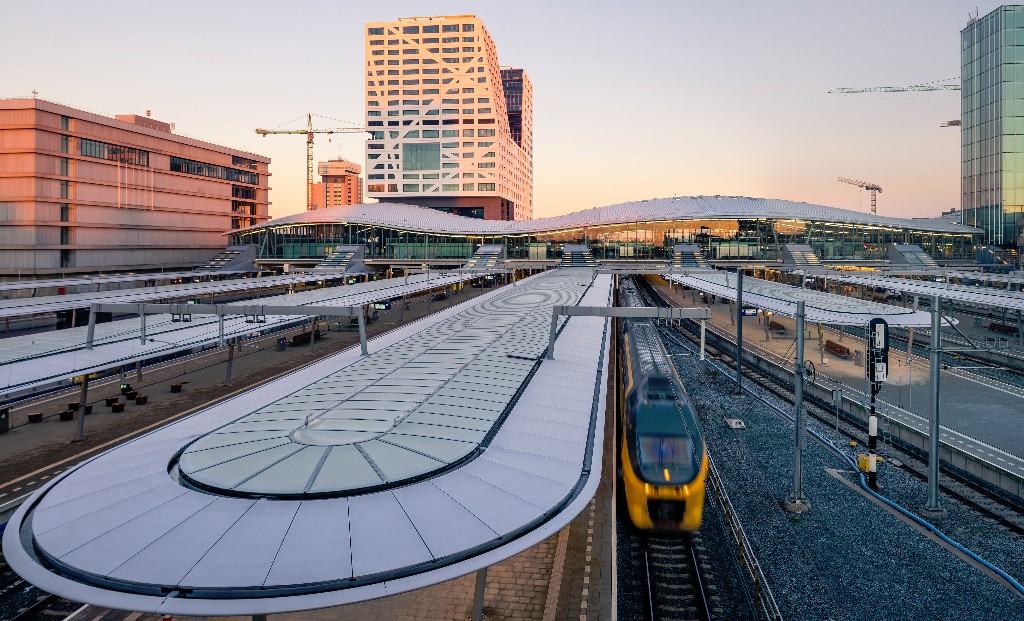 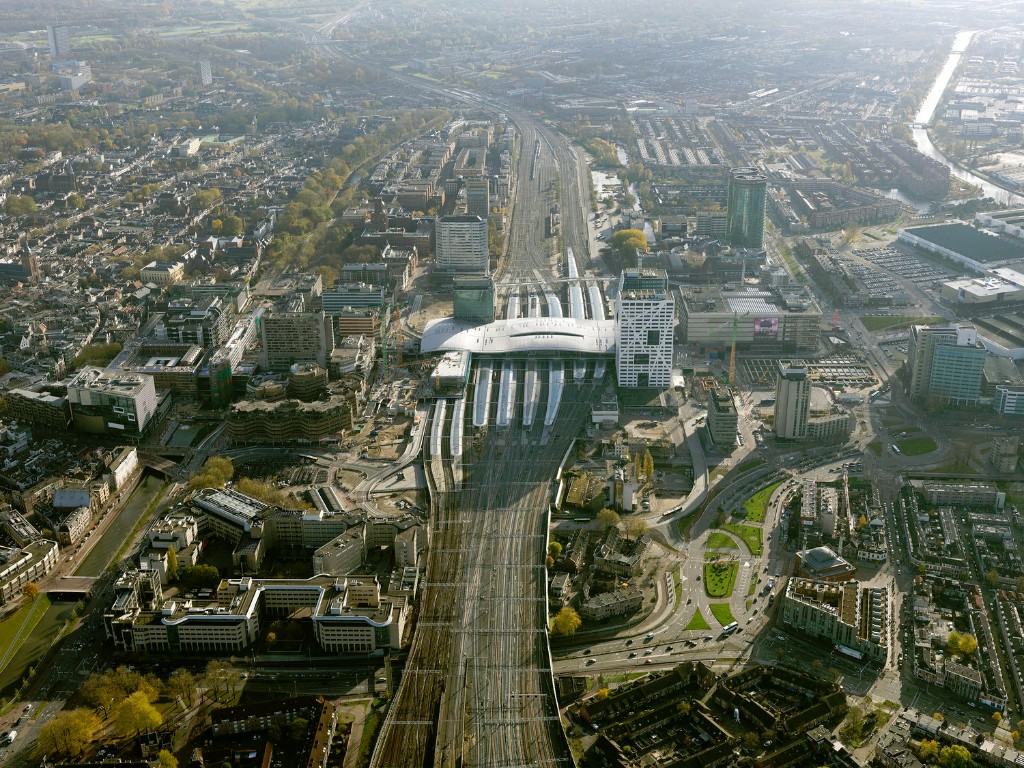 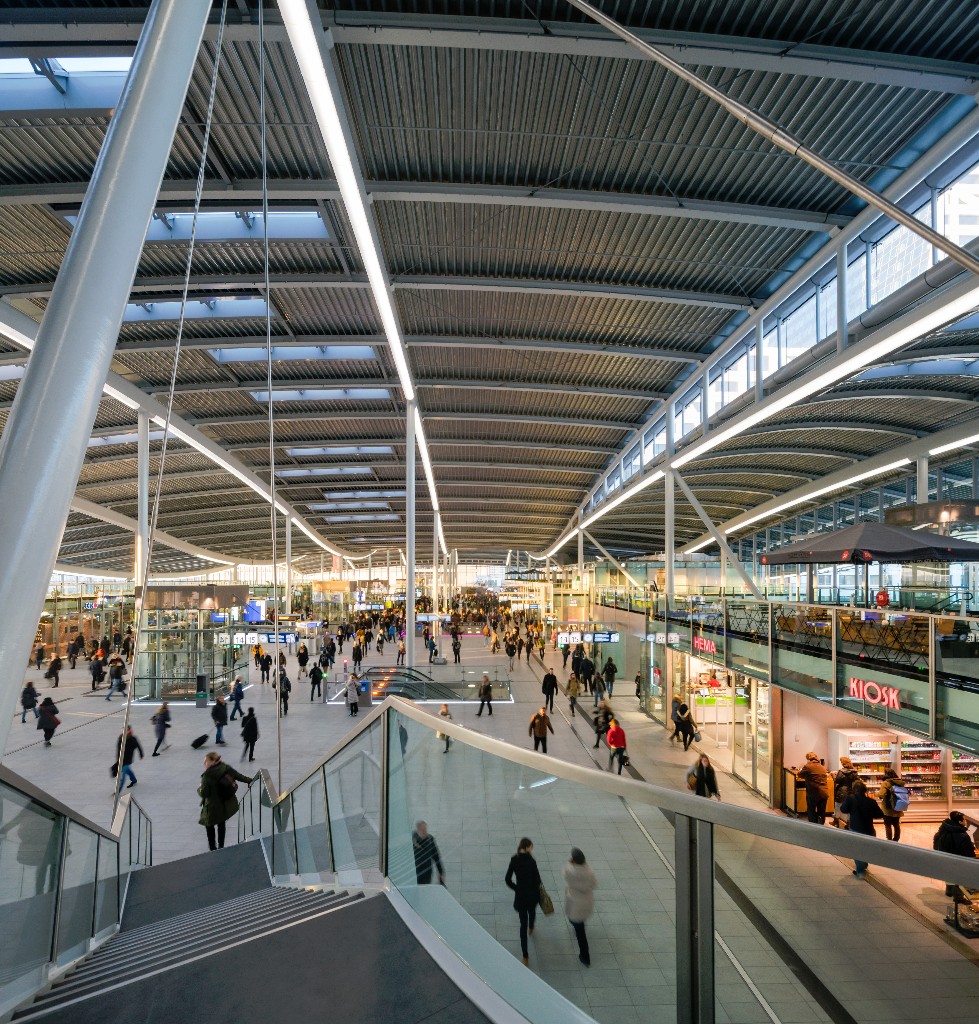 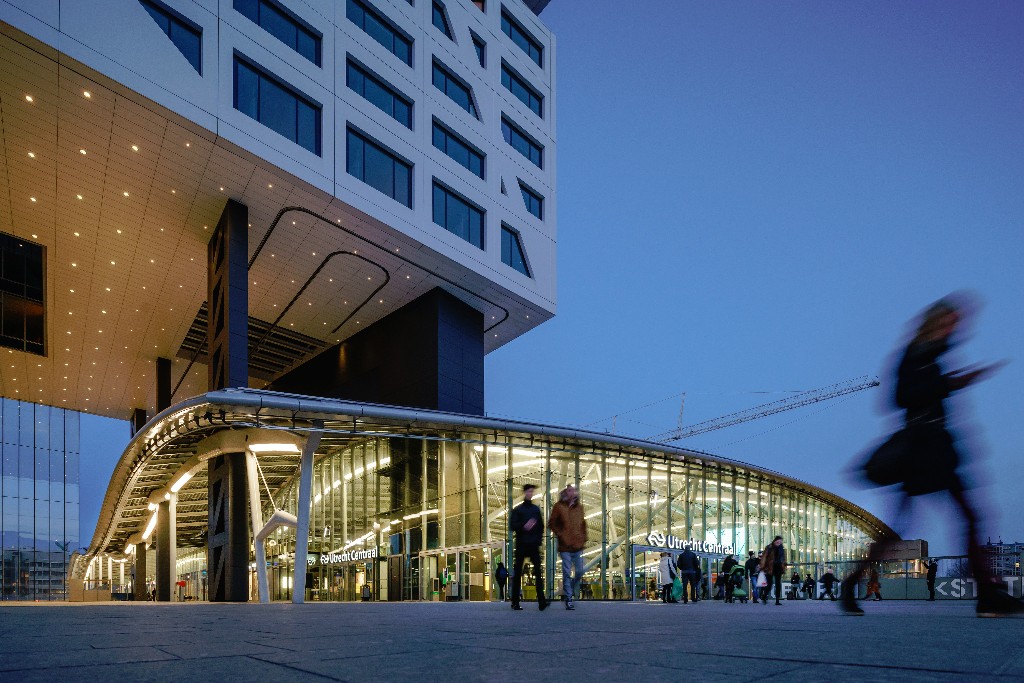 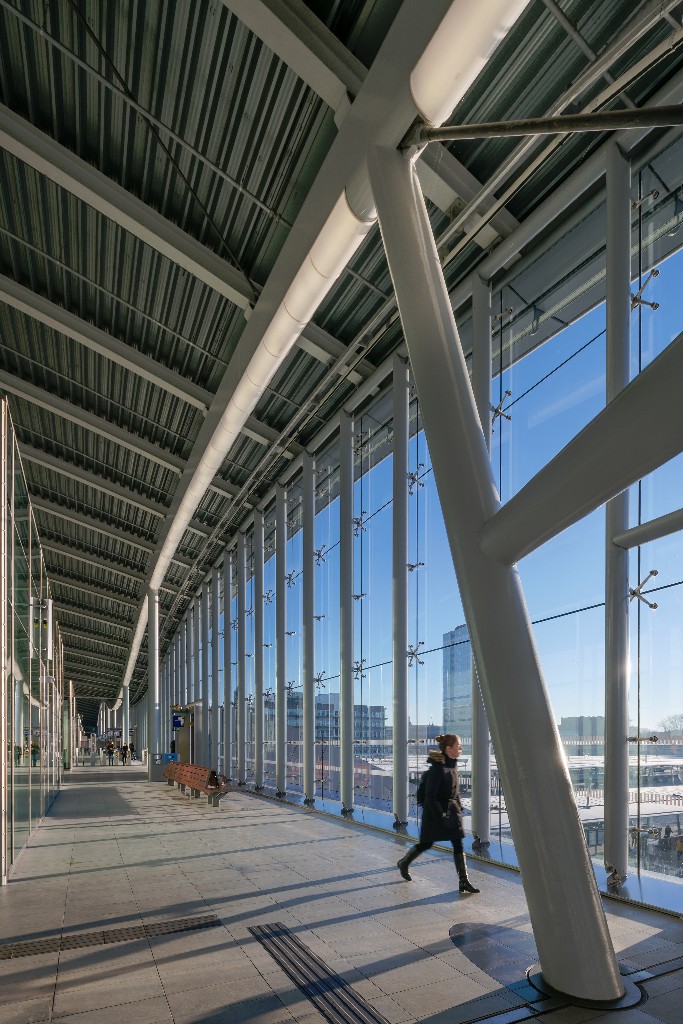